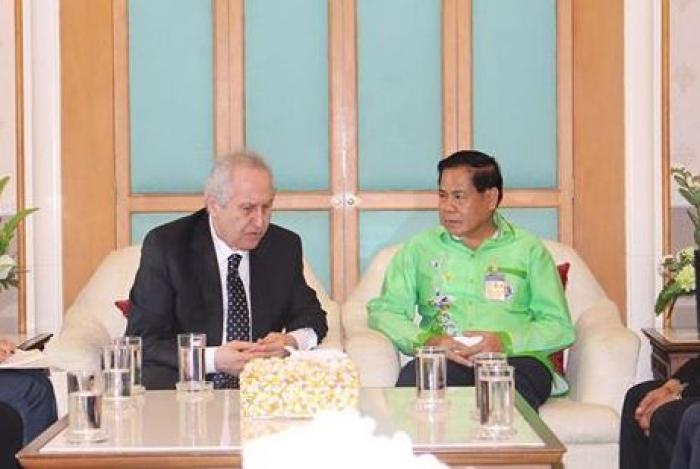 PHUKET: The Turkish ambassador to Thailand blasted Phuket International Airport during a meeting at Phuket Provincial Hall on Tuesday.

“Phuket is a beautiful place and many Turkish people want to travel to the island. However, they always complain about three aspects of their trip: the narrow airport terminal, communication issues with airport employees, and immigration,” Ambassador of the Republic of Turkey to Thailand Osman Bulent Tulun said in a meeting with Phuket Vice Governor Prajiad Aksornthammakul.

Vice Governor Prajiad admitted that there may have been recent issues at the airport due to it operating beyond the capacity of its original design.

On February 14, Phuket airport rolled out the red carpet at Terminal 2 to welcome passengers arriving on the first ‘technical flight’ to disembark at the new terminal (story here).

“We have just had the soft opening of our new airport terminal for international flights,” V/Gov Prajiad informed the Turkish ambassador during their meeting.

“We are pleased to welcome direct flights from Turkey to Phuket and believe that the new terminal will help resolve some of the issues,” he added.