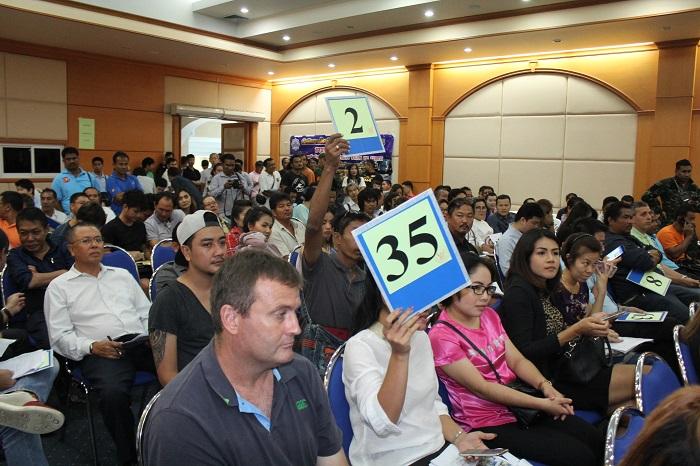 PHUKET: The auctioning of assets seized from defunct Tranlee Travel Co by the Anti-Money Laundering Office (AMLO) raised more than 166 million baht, it was revealed today.

AMLO Auctioneer Col Kovit Piromwong announced this afternoon that three days of auctions at Phuket City Hall from September 6 to 8 saw bidding on 34 boats and 83 tour buses for a total hammer price of 166,944,000 baht.

All of the boats put up for auction were sold over the three days, leaving 33 buses unsold out of a total of 116.

“The remaining 33 buses will be auctioned off later,” said the ALMO auctioneer, who declared the auction a resounding success and thanked local media for helping generate interest in the sell off.