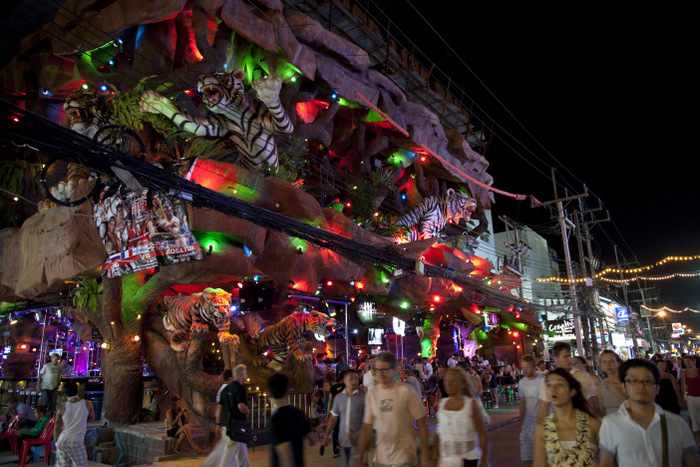 Thailand consumes more than twice as much booze as the average Southeast Asian country, and faces the multitude of problems that come along with it, according to the World Health Organization and Phuket experts.

PHUKET: A barrage of statistics released by the World Health Organization (WHO) in its “2014 Global report on alcohol and health” detailed a growing trend in hard liquor consumption in Thailand, a trend which health experts have linked to a range of domestic, society and health problems in the country.

Phuket Provincial Health Office (PPHO) Chief Dr Kajohnsak Kaewjarus confirmed to the Gazette on Monday that the island has a drinking problem.

“Phuket is a province with one of the highest levels of alcohol consumption. Many people, Thais and foreigners alike, holiday here to have fun and take part in the island’s nightlife,” Dr Kajohnsak said.

Alcoholism is an issue for society as a whole, he explained, as it can lead to further problems, including crime, unchecked aggression, mental sickness and joblessness.

“This affects families’ and individuals’ health. It is also very expensive to pay for treatment,” he said.

The WHO report gave Thailand the highest rating possible for the number of “Years of Life Lost” as a result of alcohol consumption based on 2012 data. Deaths from cirrhosis of the liver totalled 28.2 per 100,000 citizens for men and 8.7 per 100,000 for women. The death rate for road accidents using the same ratio was 70.3 for men and 18.5 for women.

The effects, however, are not limited to those partaking in spirits, beer and wine. It also affects their peers and loved ones.

“Alcohol is the number one reason for domestic violence, including violence against women and children,” Jiranun Cheamcharoen, Director of Phuket Shelter for Children and Families on Koh Sireh, told the Gazette. The center functions as one of the One Stop Crisis Centers in the province.

Alcohol consumption leading to violence is not just a Phuket-specific problem though, Ms Jiranun pointed out, it reaches far beyond the island’s coasts.

HOW MUCH IS TOO MUCH?

“This is even more startling when you consider that 70.3 per cent of Thais are recorded as abstainers. The remaining 30 per cent more than make up for those who don’t drink,” David Swartzentruber, who was a clinical psychologist in the United States and has dealt extensively with the medical and social issues that result from alcoholism, wrote in The Nation.

Given the statistics, it becomes clear why Ms Jiranun from the OSCC pointed her finger at men as the main cause of drinking-related domestic violence in Phuket.

“Men should have more common sense. They should be gentlemen to the people around them and understand their roles as a husband and a father,” Ms Jiranun said.

“This problem will continue forever unless people are conscious of the issue, and learn what they must do to control themselves when they are drinking.”

THE LAND OF SPIRITS

Of all the kinds of alcohol available in Thailand, the trends for types consumed are a near inverse of those seen in western countries.

Price per serving of alcohol in Thailand is much cheaper for spirits than it is for wine and beer, Mr Swartzentruber pointed out.

A 750ml bottle of wine in Phuket can be tracked down for 400 baht and deliver five servings. However, a 700ml bottle of one of the more popular Thai whiskeys provides about 17 servings for a much cheaper 271 baht.

Phuket Excise Office (PEO) Chief Pairuch Kulima noted that raising the taxes on spirits even more could help prevent the quantity of consumption, which might lead to the lessening of alcohol-related problems within Thai society.

“I believe that raising taxes could prevent people from buying it and might stop new drinkers from picking up the habit. It could also encourage long-time drinkers to stop,” Mr Pairuch said.

“However, people feel very differently about this. Some people want the entire alcohol industry shut down and while others refuse to let that happen.

“It’s a delicate issue. Everyone must work together to determine what is best for our nation.”
Dr Kajohnsak from the PPHO argued that education and strict control on advertisements were the solutions, rather than raising taxes on spirits, as suggested by Mr Pairuch and Mr Swartzentruber.

The PPHO receives about 50,000 baht per year for anti-alcohol campaigns in Phuket.

“People need to learn about the dangers of alcohol. There should be seminars to educate people, especially students,” Dr Kajohnsak said.

“Strict control on advertisements, as well as no longer using alcohol during celebrations, would also help.”

The experts have spoken and are in agreement that alcohol consumption, especially that of hard liquor, is staggeringly high in Thailand and can lead to devastating effects – socially, mentally, economically and physically.

From preventing excessive consumption through education to controlling promotion through advertisements to even halting possible purchases through raised taxes, the doctors, psychologists and health officials alike share at least one common goal: to raise awareness of the issue and its consequences.