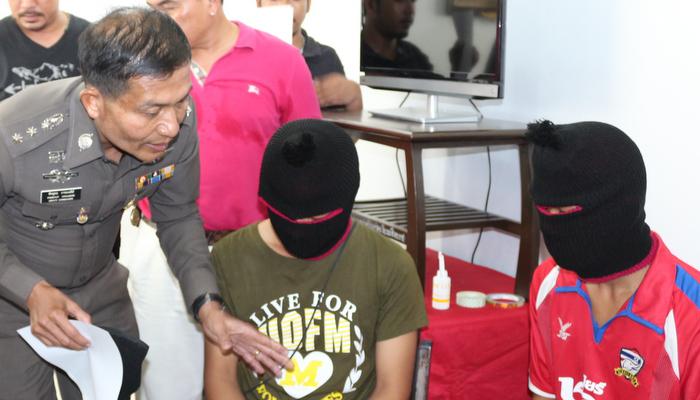 PHUKET: Twin brothers confessed yesterday to the rape, sexual assault, assault and robbery of a 25-year-old pregnant woman along a dark stretch of road in northern Phuket on Sunday.

“The suspects face all four charges, including ‘use of a vehicle, in a robbery and evasion of police,'” Phuket Provincial Police Deputy Commander Peerayut Karajedee told the Phuket Gazette.

“They claim that they had not originally intended to rape the woman, but had set out to rob her. However, after kicking the bike out from under her, they dragged her into the woods and both raped her,” Col Peerayut said.

The woman told police earlier that she had begged the teens to leave her alone, as she was five months pregnant. However, the 17-year-old boys, whose names were not released by police due to their age, denied any knowledge of her being pregnant.

The police hunted down the twins after questioning the woman and locals in the area of the attack. The pair was arrested in their house in Thepkrasattri sub-district.

“We found the suspects in the house with the clothes they were wearing during the attack. We also found the motorbike they were driving,” Col Peerayut said.

The twins were taken to Tah Chat Chai Police Station (story here), where they confessed.