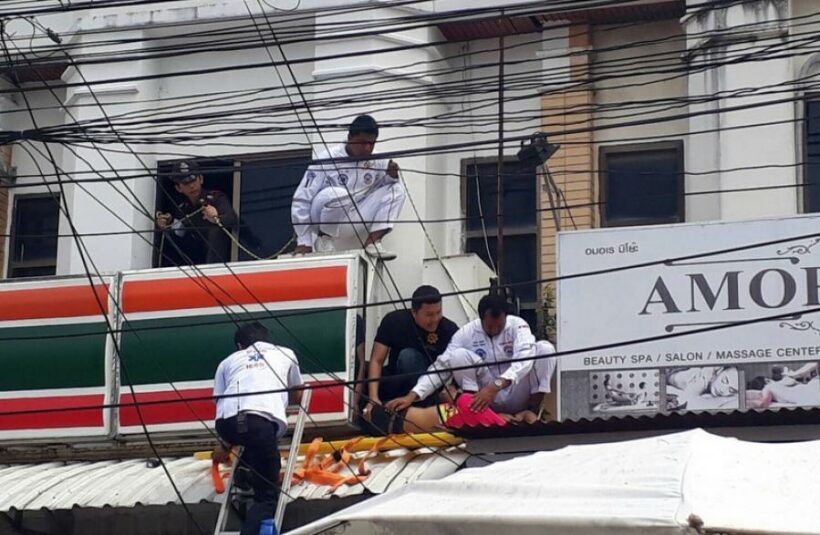 PHUKET: A 24-year-old man was injured from an electric shock after he accidentally stepped on a wire while fixing an electronic display sign in Kamala this morning.

“The incident occurred in front of Tesco Lotus. The sign was located above a 7/11 store. Rescue workers climbed up a ladder to bring him down,” said Capt Chatchawan Poonaruemit of Kamala Police.

The victim, Teerapong Surawit, was conscious, but weak. He couldn’t move or stand and was given first aid on the spot before being taken to Patong Hospital.

“According to witnesses, he was called to fix the display sign of a beauty salon named ‘Amore Mio’. He had stepped on a live wire and was badly shocked,” said Capt Chatchawan.

Officials have yet to reveal whether the jumble of cables atop the store were the cause of the accident or whether it was negligence on the part of the shop owner that led to the accident.