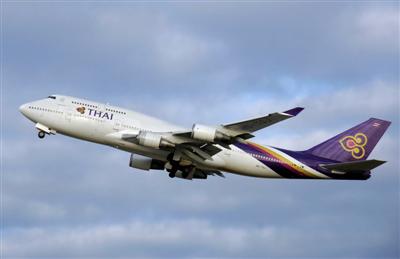 PHUKET: Thai Airways has scheduled eight extra round-trip flights between Bangkok’s Suvarnabhumi Airport and Phuket International Airport to cope with the additional numbers of passengers expected to travel over the busy Songkran period.

The airline has scheduled a total of 29 additional round-trip flights between Bangkok and the provinces, according to a press release.

Other round-trip flights have been added on routes from Bangkok to Chiang Mai, Chiang Rai, Krabi and Khon Kaen.

All the additional flights have been scheduled during the periods April 10-11 and April 14-16.

On April 10 there will be two extra round-trip flights between Bangkok and Phuket, with one more the following day.

On April 14 there will be one extra round-trip flight, with two more on both April 15 and 16.

Nationwide over the Songkran period, there will be 12,404 seats on the new flights, in addition to those already scheduled.

Thai Airways will also use larger aircraft on some busy routes, including Bangkok-Phuket, in order to accommodate the extra passengers.

The changes will bring the total number of additional seats available over the period to 22,674, an increase of 17.1% over the usual number.

The only other carrier to increase passenger load over the period is Bangkok Airways, which will add one extra daily flight on April 13, 14 and 15.