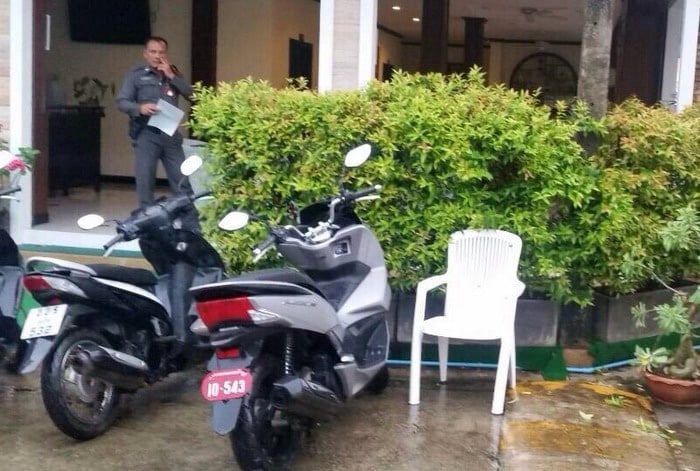 PHUKET: A Swedish tourist and a Thai woman took a tumble from the balcony of their room at the Phuket Paradise Hotel in Patong early this morning.

“When we arrived at the scene, Dahlin Erik Conny, 33, was unconscious and Numpueng Kumpuong, 26, was crying out in pain on the ground,” said Lt Col Jessada Saengsuree of the Patong Police.

Rescue workers rushed the pair to Patong Hospital just after 7am.

“Ms Numpueng wasn’t able to answer any questions about what had happened,” Col Jessada said. “Witnesses in the area said they saw Mr Conny fall from the second-floor balcony first, and then Ms Numpueng also tumbled down.”

Witnesses were unable to shed light on what may have led to them falling over the balcony banister.

“We will question them once they recover,” Col Jessada said.

A Patong Hospital employee, who declined to be named, confirmed to the Phuket Gazette this evening that both patients were conscious, but remained in doctors’ care.