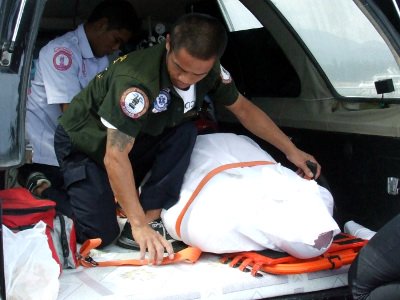 PHUKET: The body of a Swedish man was found today floating in the waters off Racha Yai Island, about 20 kilometers south of Phuket, police have confirmed.

Phuket Tourist Police Volunteers were informed at 12:20pm that the body of the 63-year-old Swede had been found by staff of a diving company.

The victim is believed to have fallen into the water while fishing at the time of his death, police said.

The victim’s name is being withheld pending notification of kin.

Called by the Phuket Gazette at about 2:50pm today, a representative of the Swedish Embassy in Bangkok said they had yet to be formally notified of the incident.