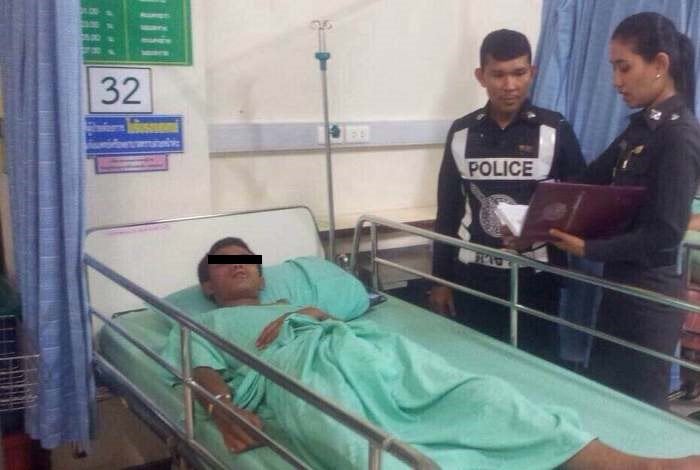 PHUKET: A 16-year-old suspected to be under the influence of drugs was arrested after robbing a Phuket Town pharmacy at knifepoint last night.

The teen – named by police only as Nan – entered Rukya Pharmacy and threatened the owner with a knife.

“Chanikarn Longsama, 30, was in the pharmacy alone when she saw the teenager park his bike in front of the shop. He then entered and proceeded to threaten her with a knife and demand money,” Maj Nucharee Longkaew of Phuket City Police said.

As soon as Ms Chanikarn handed over the money, her 34-year-old partner, Suvichai Limphermphoonwan, happened to pass by the door, and she was able to yell for help.

“Mr Suvichai immediately caught the boy and tied his hands together with his belt,” said Maj Nucharee.

“We believe Mr Nan was under the influence of some kind of drug, so he was taken to Vachira Phuket Hospital to undergo a drug test.”

As of last night, police had yet to press any charges against Mr Nan, due to his age. They will question him further after he recovers, confirmed Maj Nucharee.