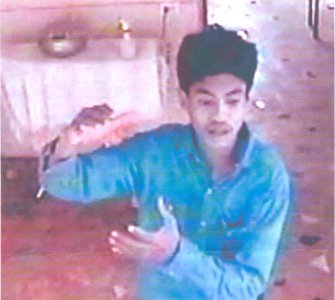 PHUKET: Police have released images of the man they believe is responsible for stabbing Sunee Premprasert and then slitting her throat and leaving her to die in Thalang on Thursday.

Tah Chat Chai Police duty officer Watcharin Jirattikarnwiwat told the Gazette this afternoon that police were continuing their investigation, but believe the suspect was no longer on the island.

Ms Sunee was murdered after a man scaled an electric fence to gain access to the luxury home where she worked as a house maid (For previous report, click here).

Police have numerous CCTV images of the killer, including those that show him calmly slicing Ms Sunee’s throat before continuing his search of the home for valuables.

In the end he found none and left.

Police declined to give more information for fear of jeopardizing the investigation.

Phuket exhibit fit for a King