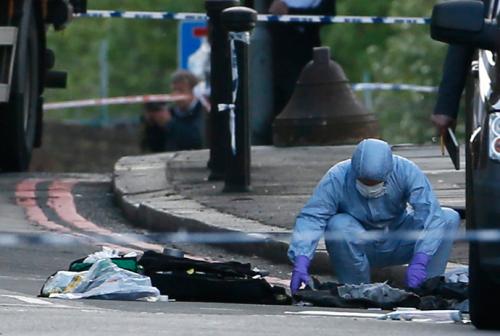 PHUKET: There was a time, not so long ago, when the Soi Dog Foundation (SDF) and the Phuket Provincial Livestock Office (PPLO) fought like cats and dogs. Now, however, they have buried the hatchet.

Members of the board, headed by its new President, Dr Prasit Koeysiripong, met with PPLO chief Dr Sunart Wongvorachart recently for what they described afterward as “extremely positive” talks on cooperation.

One major step forward was agreement that it would be better for the SDF to help the provincial government improve and run its dog pound than for the SDF to set up its own shelter for strays.

In a release publicized after the meeting, the SDF stated, “Although final details need to be finalized, Dr Sunart has proposed to set up a committee – to be chaired by himself, with Dr Prasit acting as Vice-Chairman – to coordinate local fund raising from both the public and private sectors to ensure the future sustainability of the shelter.

“Representatives of other interested groups would also be invited to join.

“SDF would, with the approval of the PPLO, make structural improvements to the shelter to bring it up to international standards, including, among other things, the division of the existing enclosures; providing better protection for the animals from bad weather; building a fully-equipped clinic; establishing a quarantine area to prevent transmission of disease; improving the drainage and waste facilities; and providing additional staff to support the excellent but overstretched staff currently at the facility.

“In addition it would provide regular veterinary care for the animals there.”

In return, the statement said, the PPLO would help in providing drugs for animal treatment, and assist SDF wherever possible in achieving its goal of sterilizing the majority of Phuket’s stray population, with the eventual aim of making the shelter redundant.

“SDF sees this as an opportunity to demonstrate how NGOs and government departments can work together to better serve the needs of the community and the local animal population,” the SDF release said.