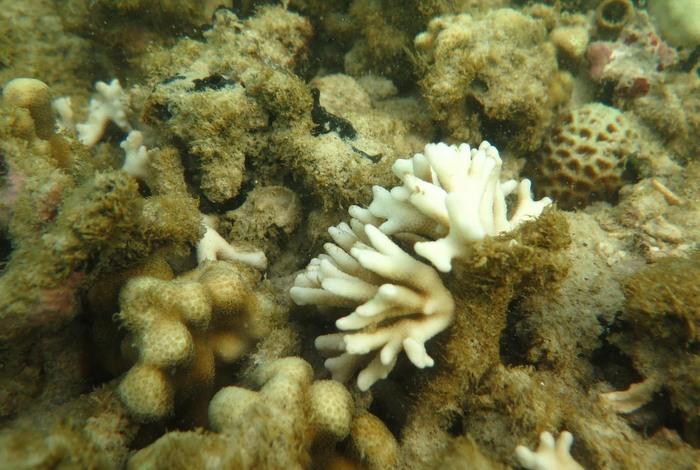 Many varieties of coral have been affected by the bleaching, which is due to the sea temperature rising to between 31 to 35 degrees Celsius, said an official from the Department of National Parks Wildlife and Plant Conservation (DNP).

Staghorn coral, lesser coral, mushroom coral, cauliflower coral, and hump coral are all being affected by the bleaching, which is far worse than observed in 2010, said Tikamporn Wongtawatchai, a specialist from Marine National Park and Protected Areas Innovation Center (MNIPC).

“Coral bleaching has been recorded all over the Hat Noppharat Thara-Mu Ko Phi Phi marine national park, but the bleaching is worse at Koh Kai,” said Mr Tikamporn.

This is the first time hump coral has been affected by bleaching, indicating that the bleaching is far worse than ever before. The bleaching has occurred in several popular dive spots, including Pileh Bay, Loh Samah Bay, Koh Yoong, Monkey Beach, Koh Pai and Koh Gai.

Conservationists earlier this week proposed closing off Maya Bay to tourists to help restore the bleached coral and other endangered marine life there (story here).

“We cannot control nature. However, we can stop people from disturbing the marine life in these spots. Hopefully, this latest report of the extensive damage will persuade the DNP to take quick action by closing off Maya bay and other spots in Phi Phi national park affected by the bleaching,” said Mr Tikamporn.