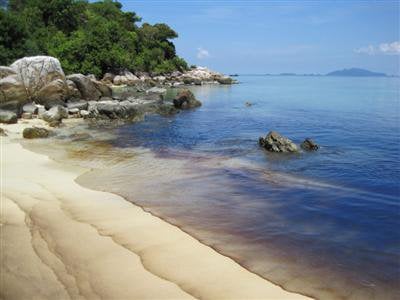 PHUKET CITY: The waters off part of the resort island of Koh Lipe in Satun were polluted last weekend by an oil slick, estimated by authorities to cover an area of about five kilometers. Koh Lipe is about 160 nautical miles from Phuket.

Marine Police Region 3 Inspector Banjerd Manawetch was first notified of the slick by the crew of a Marine Police Patrol Boat at about 7am on Saturday.

The slick, which began as as a small spot before radiating outward, was first noticed about two nautical miles off the island’s west coast, he said.

From its brownish-black color and viscosity, officials believe the slick was caused by bunker oil, commonly used as fuel in the shipping industry.

Given that a fishing vessel is known to have sunk in the area 14 years ago, Lt Col Banjerd suspects the slick was caused by a ruptured fuel tank beneath the surface that allowed its contents to rise to the surface.

Most of the oil was carried away by currents, but some washed ashore on three island beaches, he said.

Satun Governor Sumeth Chailertwanichkul ordered staff at the provincial office of the Natural Resources and Environment Ministry to survey the contamination plume and engage a private contractor to clean it up, which is expected to get underway today.

Samran Rakchard, Bangkok-based director of the Department of Marine and Coastal Resources, said the oil posed a threat the the marine ecology – including coral and clownfish – as well as the local tourism industry.

Strong seasonal monsoon waves, expected to arrive in May, would completely clean the island beaches of oil and other accumulated debris, he said.

Kitchai Hortisuttisarn, owner of the Lipe Resort on the south side of the island, told the Gazette that only a small amount of oil had washed ashore at a single bay on the northern coast known as Ao Pramong (Fisherman’s Cove), but that the spill had already been completely washed away by tides.

— Surasak Saleemean for the Phuket Gazette