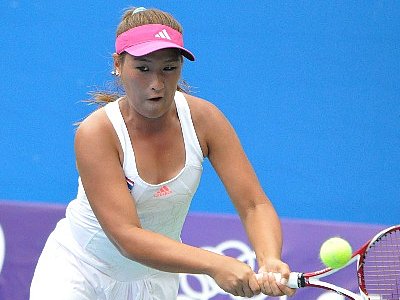 Having beaten the number one seed Erika Sema in the quarter final yesterday, and previously beaten the Hungarian, the 20-year-old Thai went into today’s semi-final clash confident of a win.

The match didn’t start well for Noppowan, who lost the first set 2-6. But she gained control and took the second set 6-3.

In the second semi-final, Dinah Pfizenmaier of Germany cruised past the number eight seed Yuliya Beygelzimer of Ukraine, 6-2, 6-2.

The women’s singles final will be played tomorrow at 10am. Get on up to TSLC and give Noppowan the best of Phuket support!