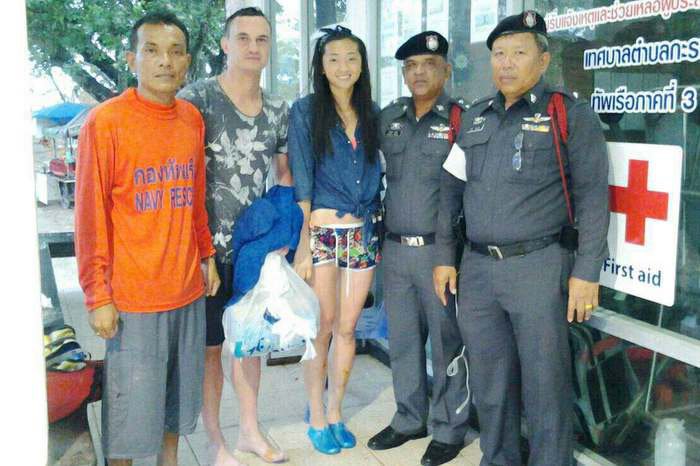 PHUKET: Two Russian tourists were safely rescued from an island off the coast of Karon Beach last night after their rented jet-ski died mid-ride and was pulled out to sea.

“A rescue team was sent out after being notified by the jet-ski owner that two tourists had disappeared after an hour,” said Itthiporn Sangkaew, deputy mayor of Karon.

“Rescuers took out two jet-skis in rough waves to look for them. Fortunately, they were safe on Koh Poo, about two nautical miles from Karon’s shore.”

The tourists, named by rescue workers as Engle, 29, and Eleena, 24, told rescuers that the engine of the jet-ski died while they were riding, and that the large waves and strong wind dragged them over to the island.

“They rented the jet-ski at about 5pm. It was about two hours before rescuers found them,” said Mr Itthiporn.

Mr Engle and Ms Eleena, who sustained only minor cuts and scrapes during the accident, expressed their thanks to the officers.

Phuket Marine Office Chief Phuriphat Theerakulpisut has since urged tourists to be careful in the rough sea conditions.

“Tourists should be very careful and take care of themselves, especially during the rainy season. Please do not risk your lives,” he said.