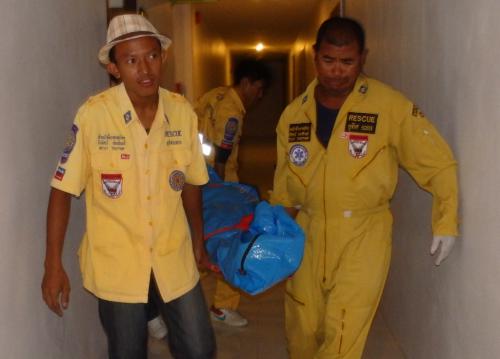 PHUKET: Police have yet to determine why a Russian tourist died suddenly in a Phuket hotel room early yesterday morning.

Timur Ivanov and his two traveling companions were eating fruit and drinking a hot beverage together at a hotel at Bang Tao Beach when he suddenly passed out.

The friends called hotel staff for help, and rescue workers were summoned to the Bangtao Tropical Residence at 1:15am, said Lt Thanapop Rattanaburi of the Cherng Talay Police.

Police found no signs of struggle and do not suspect foul play, Lt Thanapop said.

“We are investigating the case and will talk to them again, with a translator,” said Lt Thanapop.

Doctors at Thalang Hospital will establish the cause of death, he added.