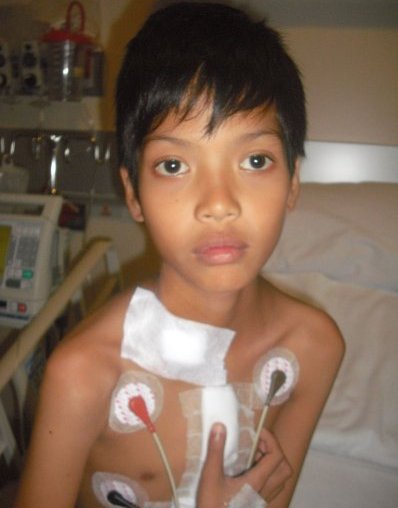 PHUKET: Despite the initial success of last week’s life-saving heart surgery, one week on, 10-year-old Rino Mangon Vogt, who suffers from Ebstein’s anomaly, received two lots of bad news, the Gazette has learned.

The first came when cardiologist Dr Poomiporn Katanyuwong turned off the external pacemaker used to regulate Rino’s heartbeat and the boy collapsed into slumber.

“He passed out and started snoring, and when we woke him he seemed confused. This means his repaired heart is probably beating too slow,” said Rino’s father, Ritchie Newton.

At this point he was told that Rino needed a second operation to install a tiny, permanent pacemaker next to his son’s heart.

This smaller operation took place at 8pm on Tuesday and was a success, but it has led to another problem: how to pay for the device.

Anyone who wishes to help with donations can do so by visiting the website rinosheart.com.