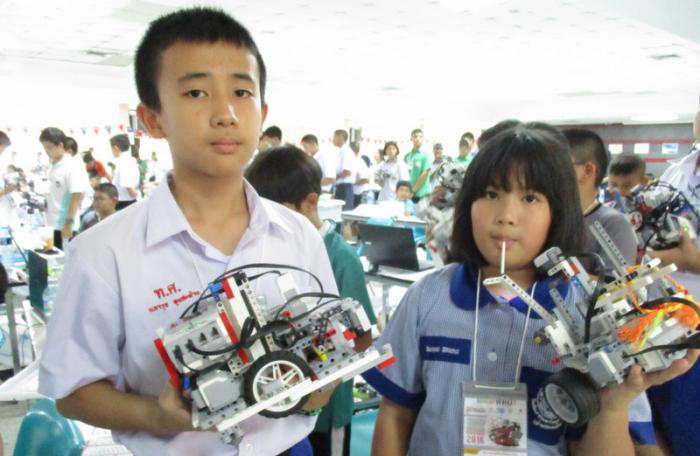 PHUKET: Two teams of students from Phuket have made it through to the national level of the World Robot Olympiad 2016.

The Refresh Team and the Reboot Team, both from Kathu Wittya School, are among the tech-savvy youngsters who competed in the first leg of the international contest held as Phuket Rajabhat University (PKRU) June 23-24.

The competition was organized by Gammaco (Thailand) Co Ltd, in conjunction with the university.

the World Robot Olympiad is an annual robot building competition which aims to bring together young people from all over the world to develop their creativity, design and problem-solving skills through challenging and educational robot competitions and activities.

Competitions in the northeast will be held on July 5-6, central region on July 14-15 and northern region on August 15-16.

Winners from the under-12, under-15 and under-19 categories were announced at the end of the competition. They will participate at the national level competitions, to be held in Khon Kaen September 16-18. National champions will then go on to participate in the international Olympiad to be held in New Delhi November 25-27.

Dr Siriwan Chatmaneerungcharoen, head of the general science department at Phuket Rajabhat University, expressed her strong support for the event.

“Two years ago, our university was selected to represent Thailand at a competition in Russia, and we ranked 6th among more than 40 participating countries,” Dr Siriwan said. “We hope this year will bring further success for Thailand.”