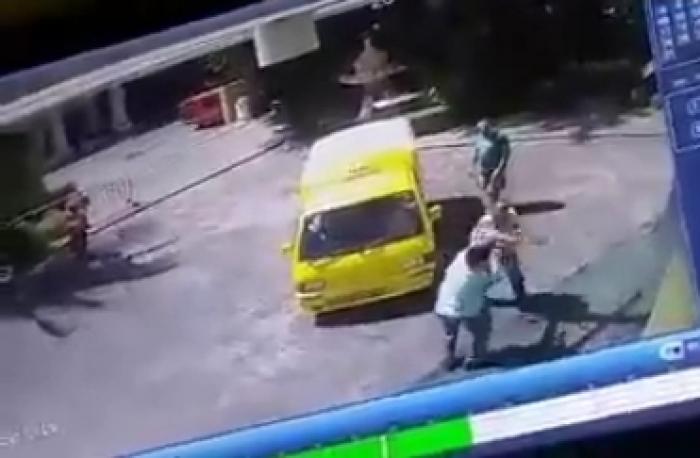 PHUKET: Police arrested a taxi driver Wednesday after he was caught on CCTV cameras assaulting a Holiday Inn Resort Phuket employee in Patong on Tuesday.

Officers used the footage to identify Chamni Khaiduang, 50, who was seen viciously attacking Human Resources Director Tawatchai Kwanchum, 37, after he hailed a tuk-tuk for hotel guests.

“Mr Tawatchai flagged down a tuk-tuk at the request of the guests. This angered Mr Chamni, as he was already sitting outside the hotel in his taxi,” said Patong Police Superintendent Chaiwat Ouikham.

The incident is just another in a long string of attacks in the last few weeks by notoriously short-tempered public transport drivers in Phuket attacking each other or their passengers.

A van driver in neighboring Krabi province recently surrendered himself to police after a video clip of him attacking a foreigner on a motorbike went viral (story here).