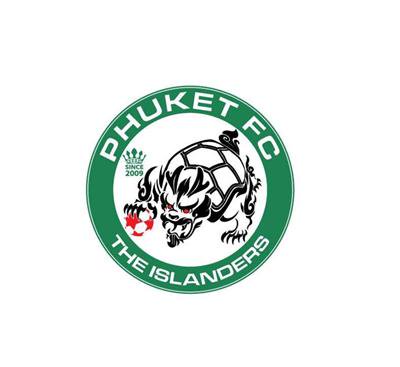 Held at the Royal Navy Stadium on the Satthahib Naval Base, the match was played in front of about 800 fans, including a handful of die-hard Phuket “Hulk” fans who endured the long journey to root for their side. About 50 more fans turned up to watch the live broadcast on television at the Nok Sanarm coffee shop across the street from Surakul Stadium in Phuket Town.

Their hopes that the re-branding effort would result in a reversal of fortune for the team took a major setback in the 19th minute, when Navy’s Brazilian striker Paulo Barbosa opened the scoring with his fifth goal of the season.

Both sides shared possession and enjoyed scoring opportunities throughout the first half, but the score remained 1-0 into halftime.

Phuket went into attack mode at the start of the second half and dominated play for much of the rest of the match, but could not produce the equalizer.

The Islanders’ defense collapsed late in the game, however, when Navy leading scorer Thinnaphop Srisatit evaded Phuket’s fullbacks and slid one past Phuket’s Brazilian keeper Alonso Jose Carvalho Da Silva on 85 minutes, putting the final nail in the coffin.

Scoring his 7th goal of the season, Thinnaphop is now tied for second with five other strikers in the Thai Yamaha One League. Bangkok FC’s Lee Tuck, a UK import, leads the league in the race for the golden boot with 8 goals.

The loss for Ratchaburi was their first of the season. Though having lost three times on the road, Krabi stayed on par with Ratchaburi as the only two teams in the league to remain undefeated at home.

Tied on points (26) for third place in the standings with Bangkok United, Krabi are short in goal difference by just one goal (10 to 11).

Bangkok United are the only team of the 18 teams in the bracket who have not lost on the road.
Other Division One results last night:
Chanthaburi 0 – 7 Bangkok FC
Rajpracha FC 3 – 0 Sriracha Suzuki FC
Korat 1 – 0 Suphanburi FC
PTT Rayong 0 – 0 Airforce United

Phuket FC will now return home and prepare to host three consecutive matches at Surakul Stadium, which was unavailable for play in recent weeks due to the National Youth Games event.

All matches will be played at Surakul Stadium, with kickoff at 6:30pm.