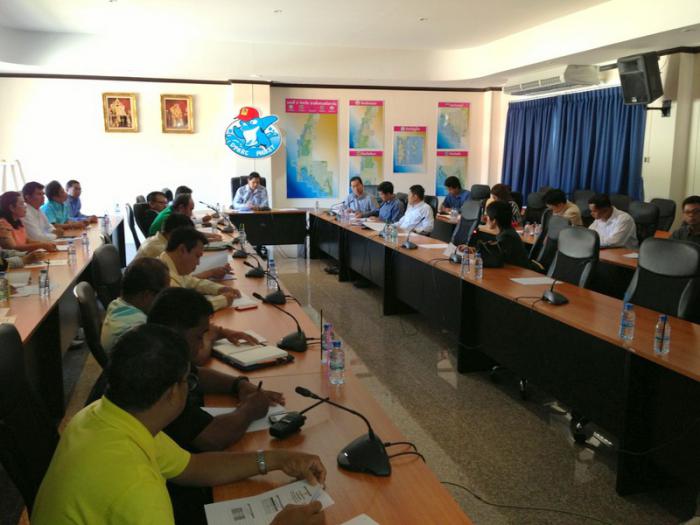 PHUKET: The skies parted to deliver scattered showers across the island late this afternoon to break Phuket’s lowest recorded rainfall between the months of January and March for 30 years.

“After receiving the reports of record-low rainfall levels, I became concerned about having enough water to sustain Phuket residents throughout the dry season. We must prepare for possible water shortages,” said Governor Maitri.

“Although the Thai Meteorological forecast predicts rain in the southern part of Thailand from March 15-19, I am not sure whether it will hit Phuket or not.”

“In order to ensure that we will have enough water to last until the next rainy season, I ordered Phuket Provincial Waterworks Authority [PWA] and the Phuket Irrigation Office [PIO] to reduce the volume of water they release each day,” explained Gov Maitri.

“I also assigned the local municipalities and administration (OrBorTor) offices to monitor the villages in their areas they believe will face potential water shortages and to report their findings each week. That way, we will know to which villages we might need to send water trucks.”

San Jantharawong, Chief of DDPM-Phuket, advised Phuket residents to be aware of fire hazards during the dry season.

“The lack of rain had greatly increased the risk of fires this year. Please keep flammables in a safe place, away from dry grass and jungles,” he said.

Despite the scattered rainfall over Phuket late today, Director of Phuket Meteorological Office Santas Parnbaanpeaw debunked rumors that aircraft from the Royal Rainmaking Project (click here) were cloud seeding over the island.

“The rain clouds over Phuket are naturally formed; they have nothing to do with the Royal Rainmaking Project. Those officers are cloud seeding over Phang Nga, not Phuket,” he said.

However, Mr Santas said Phuket residents could look forward to some respite from the drought.

“The forecast is for scattered showers over 10 to 20 per cent of Southern Thailand today through Monday, which means there may even be more rain tonight,” he said.