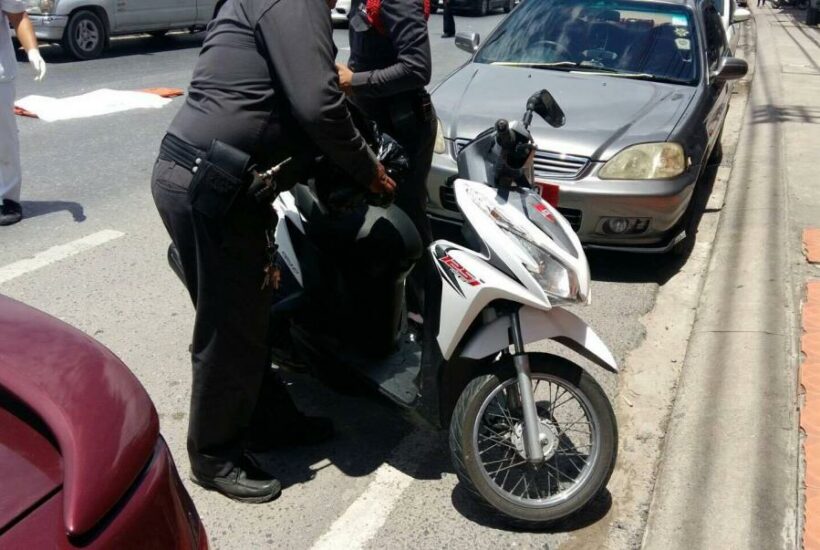 PHUKET: A pregnant British woman was killed in a hit and run collision with an 18-wheeled truck on Thepkrasattri Road in Thalang at noon today.

“She was riding on a motorbike with her partner when they changed lanes to avoid a vehicle parked and blocking their path in the motorbike lane of the road. As they did this, the truck hit them from behind,” said Lt Col Sanit Nukhong of Thalang Police.

“The woman was then run over by the truck and sustained fatal head injuries,” he added.

Her partner, also a British national, was not injured. Both were taken to Thalang Hospital. Their names are being withheld until their families have been notified.

Police are now looking for the truck driver, who, as is not unusual in Thailand, fled the scene in his vehicle.