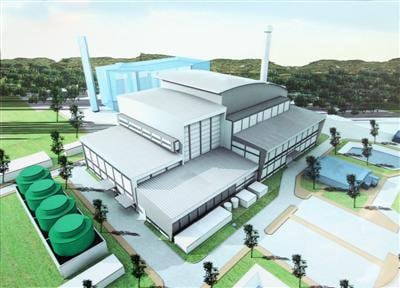 PHUKET CITY: Phuket City Municipality last week held a hearing to present to the public its plan to build a second waste-to-energy incinerator, scheduled to go on-line in October, 2010.

About 300 government officers and members of the public attended the session, held last Thursday afternoon at the Phuket Merlin Hotel.

Phuket Vice-Governor Worapoj Ratthasima chaired the hearing and Phuket City Mayor Somjai Suwansupana outlined the basic details of the project, most of which were previously reported here.

In explaining the need for the second incinerator, Mayor Somjai presented figures that showed a continuing rise in the number of tourists traveling to Phuket, with the figure reaching 5.6 million spending some 110 billion baht in 2008.

These figures, coupled with an increasing resident population, have resulted in an average increase in the volume of garbage generated on the island of 9% annually in recent years, she said.

The design capacity of the existing incinerator is just 250 tonnes per day.

Every day almost 300 tonnes of excess waste is piled up on 120 rai of Forest Department land that is already full to capacity.

For lack of an alternative, the pile of refuse there continues to grow higher, increasing the threat of a repeat of the June 2007 ecological disaster when heavy rains caused a toxic plume of water to enter surrounding mangroves and waterways, killing millions of farmed fish.

After years of unsuccessful requests to the central government for a budget to fund construction of a second incinerator, the municipality and the Governor’s Office late last year signed a contract with PJT Technology Co Ltd to build a second plant at Saphan Hin.

The plant will use “refuse derived fuel” and “mass burn system” technologies, as recommended by researchers at King Mongkut’s University of Technology Thonburi, which will oversee the construction work.

The plant will house two incineration streams capable of incinerating 300 tonnes of waste daily each, thus raising the combined capacity of both plants to 850 tonnes/day, the meeting was told.

To profit from its investment, PJT will initially get 300 baht per tonne it incinerates. Additional income will come from the sale of electricity to the local grid.

Phuket City Municipality will oversee management of the plant and retain the right to cancel the contract in the event of a breach by PJT.