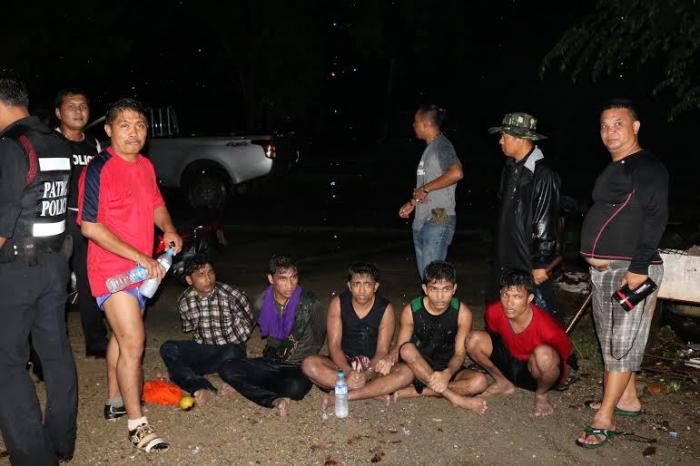 The men broke out of the center at 3am yesterday and split into two groups; one group heading for the sea and the other into forested hills.

One of the escapees was fatally shot during a confrontation with police last night and three others were captured (story here).

With help from locals, police found five Rohingya men hiding in a forest near Tam Num Put Hospital at about 7pm.

“They were very hungry and the villagers gave them food and drink,” said Phang Nga City Police Col Jenpop Buthkinnaree.

Three more Rohingya men were found later. One in Bang Toei sub-district and the other two in Bor Saen sub-district.

Police continue to hunt for the remaining nine Rohingya men still on the run.