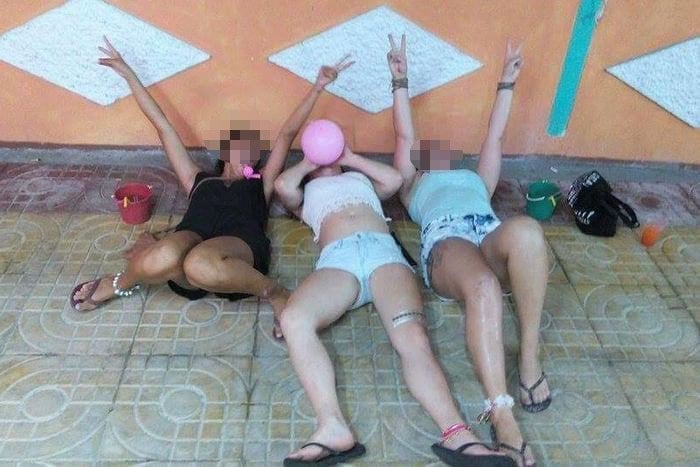 PHUKET: Pictures of tourists on Phi Phi Island ostensibly huffing ‘laughing gas’ out of balloons have gone viral on social media, prompting a police investigation and a health warning from Krabi officials.

One of the photos shows three women lying on the ground, one with an empty balloon in her mouth and another who appears to be inhaling the gas out of an inflated one.

Lt Col Danai Niyomdecha of the Krabi Police told the Phuket Gazette that laughing gas, which is nitrous oxide, is not categorized as a narcotic.

“As far as we know at this stage, neither the consumers nor the sellers are in the wrong. We are not sure how to handle this issue,” Col Danai explained.

“So, we will call together all relevant authorities to decide how to proceed.”

“We have yet to track down who posted and posited the pictures. People should be aware that nitrous oxide has an ecstasy-like effect, but it can destroy the brain,” Dr Panas said.

“Inhaling large amounts of it can deprive the brain of oxygen, which can result in cell death and brain damage.

“It was once used as a general anesthetic for medical procedures, but that is no longer common practice. The dangers outweigh the advantages.”

Many local business owners are concerned about the trend harming the popular tourist island’s reputation.

“Laughing gas is now popular and easy to find in pretty much every night club. It appears that most of the sellers are foreigners,” said one Phi Phi Island businessperson, who asked not to be named.

“I would like to see the authorities inspecting bars for such activities. This could seriously damage Phi Phi’s image.”