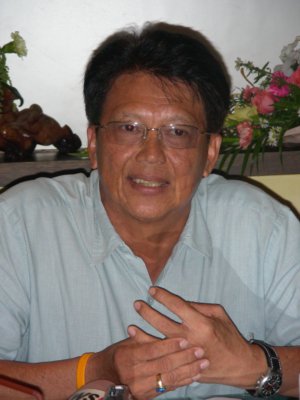 PHUKET: Phummisak Hongsyok, former Mayor of Phuket City and President of the Phuket Real Estate Club, has been appointed to serve in the National Legislative Assembly, a new 242-member body which will serve as the country’s interim parliament while the new constitution is being drafted.

K. Phummisak said that he thought he was selected because of his background in business and local politics. He added that every month he would brief the press in Phuket about his work.

“The NLA will take over the roles of the House of Representatives and the Senate. Members of the body will be able to propose a motion for debate and discuss the performance of the Cabinet, and will be able to function as a check on the government’s work, though we will not be able to hold a vote of no-confidence.

“I think the year of interim government will be a challenging undertaking. We will try to do our best and lay the groundwork for a smooth transition to more representative government,” he told the Gazette.

“I do not think the change in government will have any major effect on business in Phuket. The Cabinet is already reassuring the outside world that the situation is stable. However, it is still of prime importance that we work to get the message over to neighboring countries and major powers that we had to take one step back to move two steps forward and restore democracy under a constitutional monarchy,” he added.