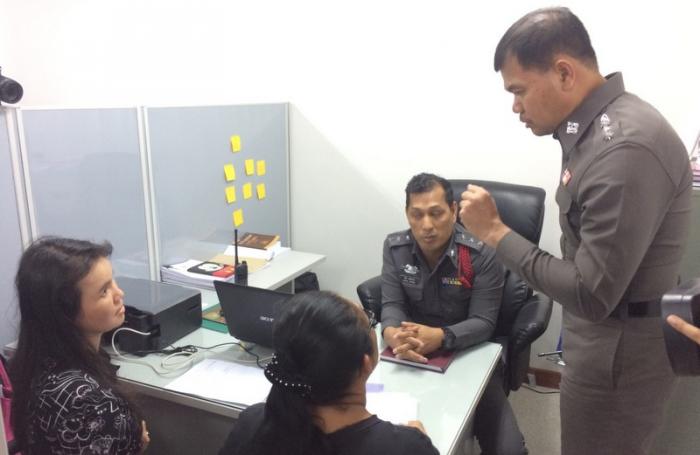 PHUKET: Two women filed a complaint against another earlier this week for allegedly scamming them out of millions of baht and lying about business investments.

Pitchayatida Piyodecha and Thaworn Srikanjana filed complaints of fraud at Wichit Police Station against the suspect, named only as ‘Anny’ by police.

“Ms Pitchayatida says she was introduced to Ms Anny through a mutual acquaintance. Ms Anny claimed to be the daughter of a former minister as well as a former officer in the court with ‘connections in high places’,” said Wichit Police Superintendent Nikorn Suksom.

“The suspect allegedly said that she could help Ms Pitchayatida to procure a loan of 60 million baht for her brother, who needed the money to build a condo. She said that she had made arrangements with a loan company who would offer her the money at a 2 per cent rate of interest, but that Ms Pitchayatida would have to put up 3mn baht as guarantee money. Ms Anny claimed that she would add 2mn baht of her own money to put down a total of 5mn baht as security against the loan,” added Col Nikorn.

After transferring the guarantee money, Ms Pitchayatida waited for her loan to be approved, but after a two-month delay with no results, she asked for her 3mn baht to be returned.

“Ms Anny refused, saying she was entitled to the money as a ‘consulting fee’. Eventually, after a long argument, Ms Anny paid back just 20,000 baht,” said Col Nikorn.

Ms Pitchayatida later found out that the suspect’s real name is also different from the one on the contract, and that she has allegedly scammed at least seven other people.

“As far as Ms Thaworn’s case is concerned, she holds a chanote for 3 rai of land in Chalong, worth about 40mn baht. She had initially decided to hand over the chanote to a mortgage company for the price of 15mn baht. On Ms Anny’s advice, however, Ms Thaworn appointed her as an adviser to help develop the land instead,” said Col Nikorn.

“Ms Thaworn later learned that Ms Anny, instead of proceeding with land development, had put the land up for another mortgage – after explicitly advising Ms Thaworn not to do so – for a price of 23mn baht. She gave the owner 1 million baht and claimed the rest as a processing fee,” said Col Nikorn.

Police are gathering more evidence and investigating the matter further. They have so far learned that Ms Anny was arrested by the Crime Suppression Division in Krabi for defamation in another case, the policeman said.