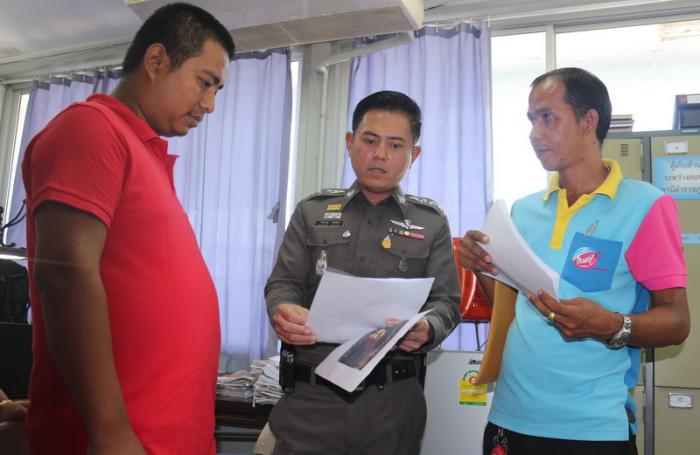 PHUKET: A contingent of minivan drivers gathered at Thalang Police Station yesterday morning to demand help tracking down their employer, who has disappeared owing more than 10 million baht (approx US$ 285,000) to about 115 Phuket-based drivers.

“We are here because we did not get paid by our employer, Puripatara Weerawatara, the owner of World Express Co Ltd,” said Thammarat Maneetraitip, a spokesperson for the drivers.

The drivers say that with the exception of this month, they usually got paid on the 15th of every month. They added that they were unable to reach him, confirmed Thalang Police Superintendent Chanuchan Cholsuwat.

“This means that at least 10 million baht in total is owed to the drivers,” said Col Chanuchan.

“Minivan driver Yenprasit Wanman said he had been working for World Express for about six months, but never faced this problem until now,” said Col Chanuchan.

Mr Yenprasit told police that Mr Puripatara’s profile disappeared from the Line group used by the company to communicate with the drivers at about 3am on March 16.

“The minivan drivers want to press charges against Mr Puripatara but so far we have not been able to locate him,” said Col Chanuchan. “However, we will continue to investigate further.”