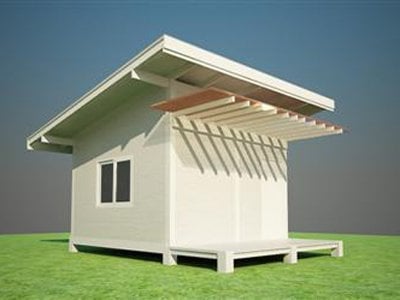 PHUKET: Construction of a shelter for foreign tourists who run into difficulties in Phuket will begin within the next few weeks, the Phuket Tourist Police chief has confirmed.

To be built by students at the nearby Phuket Vocational College, the shelter will comprise two small buildings, each with two beds.

Designed for double occupancy, each unit will cover 16 square meters.

The units will not have bathrooms, but tourists staying in the shelter will have access to the bathroom facilities inside the station, Lt Col Ekachai said.

He also confirmed to the Phuket Gazette that Coca-Cola bottlers Haad Thip have been contacted about sponsorship of the shelter, but have yet to reply.

The Baumanburi Hotel in Patong has already put forward 80,000 baht – enough to pay for one of the units, which is expected to be completed by the end of next month.

Foreign tourists and expats who fall on hard times during their stay in Phuket are eligible to stay at the shelter.

The problems tourists may run into include: financial difficulties, no accommodation, and physical and mental health issues.

“Previously, tourists had to stay in the Tourist Police headquarters, but visitors coming in weren’t too impressed with them being there. Now, tourists will have their own private area,” Lt Col Ekachai added.