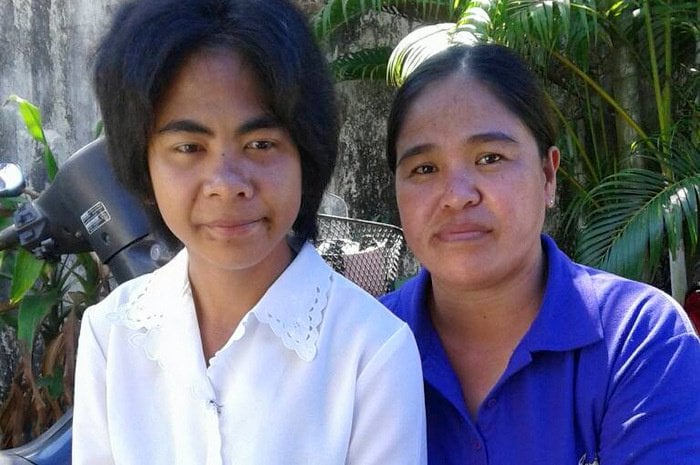 PHUKET: The deaf man who disappeared from his family home last week has been found alive and well, and may soon undertake schooling thanks to a teacher at Phuket Punyanukul School for special children.

Therdsak Sankaeo, 22, disappeared from his home in Phuket Town on January 27, prompting his mother, Ms Saithong, to make a public plea to find him (story here).

Friends of Ms Saithong scoured the island for Therdsak, and co-ordinated their search by using the Line chat application.

They finally located him at Laem Petch Temple in Patong, where Ms Saithong collected him on Saturday.

“He often did this when he was living in Loei,” Ms Saithong told the Phuket Gazette. “He likes temples, as he finds them peaceful, and he will be fed and have a safe place to sleep.

“I am glad that this was just one of his ‘normal’ runaways, and there wasn’t a serious problem that he was running away from.”

Ms Saithong, a care worker for the elderly in Phuket Town, wanted to send Therdsak back to Loei, where relatives could watch over him, but he has refused.

“I was once advised to send to him Suan Saranrom Psychiatric Hospital in Surat Thani, but I don’t think he has a mental disorder, he’s just deaf.”

Ms Saithong explained to the Gazette that Therdsak was special to her, as he was her only surviving child.

Therdsak had a sibling who passed away a long time ago. As the loss still deeply affects Ms Saithong, she declined to divulge any further details about the death.

“Since he returned home [on Saturday], I now take him with me everywhere, even to work,” Ms Saithong told the Gazette yesterday.

Today, Ms Saithong’s prayers may have been answered by Juree Kosakul, a teacher at the Phuket Punyanukul School for special children.

After being contacted by the Gazette, she said that she would find a solution to brighten Therdsak’s future.

“Please ask the mother to contact me directly, so we can have Therdsak enroll in our school,” she said. “I will discuss this with the school director. Although Therdsak might not be eligible for schooling under our enrollment policy, we will find some way for him to study.

“If the school cannot accept him, I will teach him myself. I will even teach him for free, if the family cannot afford to pay.”