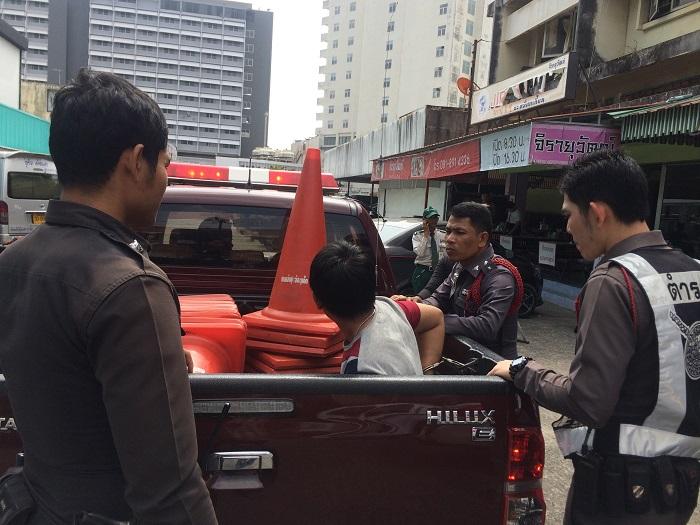 PHUKET: A brave university student kept her cool and chased down a couple of bag snatchers in Phuket Town yesterday afternoon, leading to one robber’s arrest, as well as the retrieval of her belongings.

The victim, named by police as Chompoonut Noparat, was riding a bike on Phang Nga Road in Phuket Town when a man and a woman on a motorbike reportedly snatched her bag as they drove past.

“Ms Chompoonut sped up to follow the thieves and collided with them in front of the police box in Talad Yai,” said Lt Preechapat Sangnoi of Phuket City Police.

“Police came to her rescue when they heard her shouting for help. The suspect, a 19 year old, was arrested with a purse containing the victim’s mobile phone. He was arrested immediately, but the other suspect, known only ‘Ms Nan’, managed to flee the scene.”

The suspect was charged with robbery and taken to Phuket City Police Station for further questioning.

Ms Chompoonut was reunited with her belongings and taken to Dibuk Hospital for treatment of minor injuries sustained in the crash.