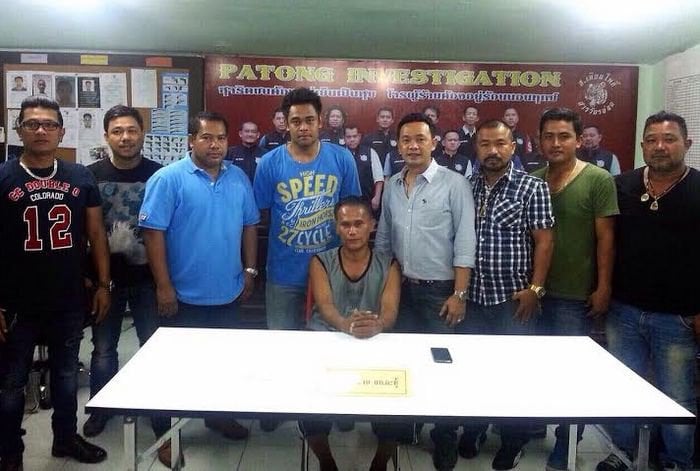 PHUKET: A shaman wanted for sexually assaulting a 12-year-old girl during a ritual in Patong last year has denied the charges after evading police for months.

Police arrested Wasu Kumprayoon, 45, in Phang Nga at about 11pm yesterday on a warrant issued by the Phuket Provincial Court on November 14.

“The girl’s mother explained that Mr Wasu had persuaded her and her 12-year-old daughter to have a mole removed from the child’s nose, claiming it was bad luck,” Lt Col Sutthichai Tianpho of the Patong Police told the Phuket Gazette, adding that the mother’s name would be kept confidential in order to protect the identity of the victim.

The woman went to Mr Wasu’s house in the Baan Mon community with her two daughters to perform the ceremony. She and her eldest daughter were then told by Mr Wasu to scatter flowers at a waterfall, he explained.

“While they were gone, the 12-year-old was left with Mr Wasu, who asked her to cleanse her body in preparation for the ceremony,” Col Sutthichai said, recounting the mother’s testimony.

“She was then told to lie down so that he could cast a spell on her. At this point, Mr Wasu tried to remove her clothes and rape her. However, the girl was able to flee the scene and tell her mother what happened.”

“We’ve been searching for him since November. It wasn’t until we received a tip-off from an undercover officer in Phang Nga that we were able to move in and make the arrest,” he explained.

Mr Wasu faces charges for sexually assaulting a minor who is 15 years old or younger.

“Mr Wasu had been working out of his house in Phuket offering magical services, such as charm creations, enchantments and other mystical rituals,” Col Sutthichai said.

“We believe that he was using these activities to trick women into coming to see him, and then sexually assaulting them. However, this is the first time we have received a report in line with our suspicions.”