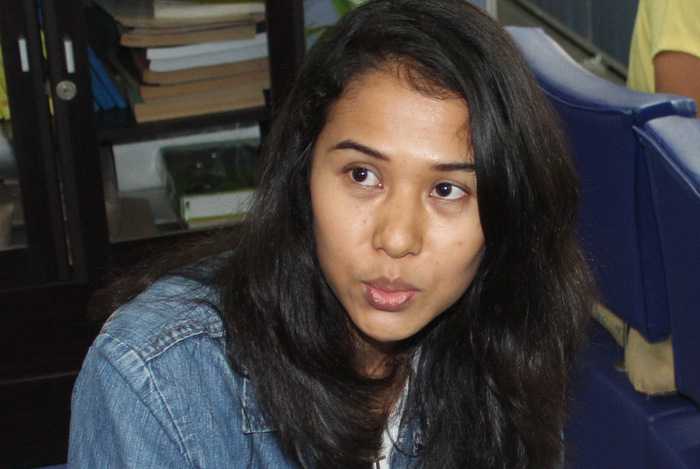 PHUKET: A total of 17 people yesterday filed a complaint to Phuket City Police against a woman who had allegedly disappeared with 7 million baht that was intended to pay for vanishing cream.

Chonticha Jampa-ngern, 32, told police that she had invested an undisclosed sum with her friend Netwimon, 31, so that Ms Netwimon could start selling the beauty cream. Both Ms Chonticha and police declined to reveal Ms Netwimon’s family name.

The cream was sold for 1,400 baht per tube, and Ms Chonticha was to receive 250 baht per unit sold.

“I did not contact any customers myself. I just sent Netwimon some money, and she sold it,” Ms Chonticha said.

As business grew, Ms Chonticha started giving Ms Netwimon larger amounts of money. Eventually, Ms Chonticha convinced some of her friends to invest, some of whom coughed up more than 100,000 baht in the hope of cashing in on the face-cream sales.

“Then Ms Netwimon told everybody that she had too many customers and too many orders for export, so everyone trusted her and invested even more money,” Ms Chonticha said.

Ms Chonticha calculated the total amount handed over to Ms Netwimon to be almost 7 million baht.

None of the investors have seen Ms Netwimon since.

“She’s not at her house and her parents don’t know where she is, so we filed a complaint to the police in the hope of getting our money back,” said Ms Chonticha.

Lt Jariyawat Taencheun of the Phuket City Police said that he would proceed as usual with the case.

“At this stage, all we can do is issue a notice for Ms Netwimon to present herself to the police station,” he said, adding that it would be sent to her registered address.

“If she fails to present herself, we will seek a warrant for her arrest.”

A jilted Ms Chonticha, however, issued a caution to any other prospective investors.

“Do not trust any kind of business like this, even if you think you will get a lot of money back,” she said.

“You might end up being cheated like I was, and I was so surprised since the person was my own friend.”