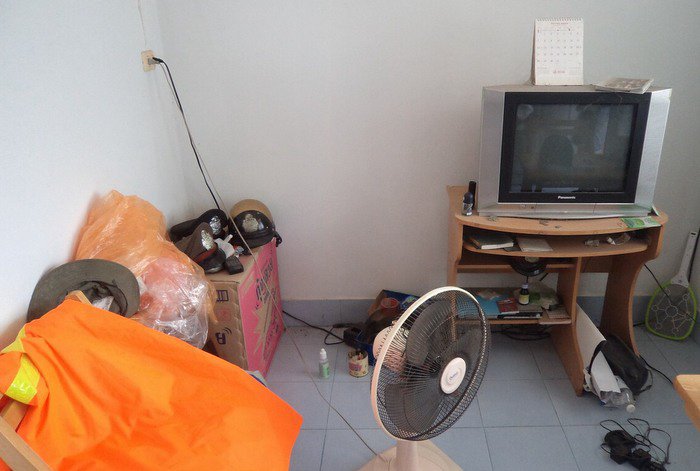 PHUKET: Police are investigating the death of a fellow officer who was found in his home with a gunshot wound to the head and a 9mm handgun still in his hand.

“When we arrived at the scene yesterday, we had to break down the door, as it was locked from the inside,” explained Lt Peerasit Nhupayan of the Cherng Talay Police. “Inside, we found Sgt Maj Pinit dead on the ground. There were no signs of a struggle, assault or theft.”

Given the circumstances, police believe the death of the fifty-year-old man was a suicide, but are continuing their investigation into the incident.

Police recovered the handgun, nine rounds of ammunition still in the magazine, one round in a box and the one used round found on the floor.

“We believe that he died about 21 hours prior to our finding the body,” said Lt Peerasit.

“On July 30, at about 2pm, neighbors heard the gun fire. However, they ignored it, thinking that it was just a firecracker.

“The following day, they still hadn’t seen Sgt Maj Pinit, which they found strange. So, they knocked on the door, but nobody responded.”

The neighbors then alerted police.

“He was a very active, friendly and hard-working man. He had no issues that I am aware of at work and was very responsible,” Cherng Talay Police Superintendant Serm Kwannimit told Phuket Gazette this morning. “Therefore, I assume that he might have taken his own life over a personal matter.”

Sgt Maj Pinit’s body was taken to Thalang Hospital. His relatives have been informed of the death, confirmed Lt Peerasit.