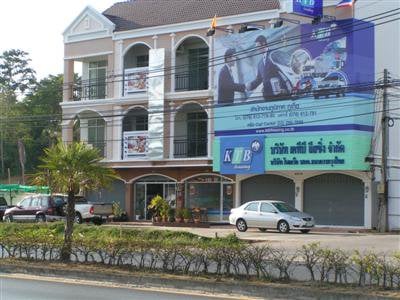 KATHU, PHUKET: Almost six months after it began, the investigation into the murder of British expat Ian Kenneth Stuart appears to have gone cold.

Mr Stuart, 61, was a Phuket-based businessman. He was beaten to death at his home and workplace near the Tesco-Lotus intersection on February 23.

Tung Tong Police Superintendent Arayapan Pukbuakhao told the Gazette that one suspect in the case, a known drug dealer from Chalong, is now off the hook because his fingerprints did not match those collected by forensics investigators at the crime scene.

For previous reports and updates, click here and here.

Col Arayapan says the murder is still under active investigation.

Police suspect that the murderer was a serial thief who targets farangs who own laptop computers.

Two laptop computers were stolen from the building where Mr Stuart was killed, one a few weeks before the murder and another on the night of the murder.

Investigators have ruled out revenge as a possible cause of the murder, Col Arayapan said.