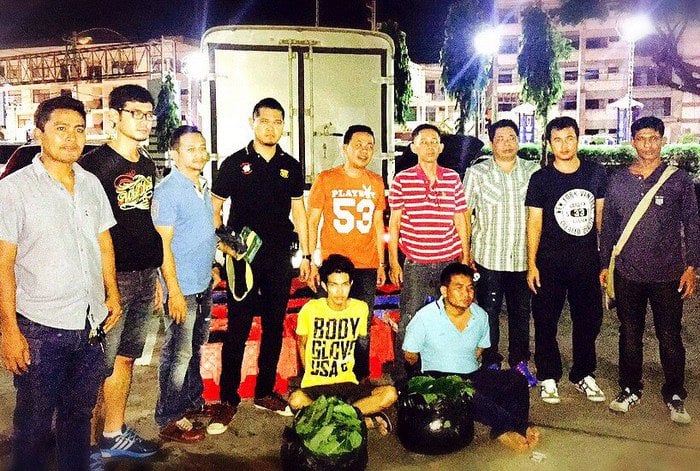 PHUKET: Police arrested a member of the Royal Thai Navy and his companion after the two allegedly attempted to smuggle 120 kilograms of kratom leaves into Patong early this morning.

Police declined to name the convenience store, alleging that the company had nothing to do with the drug run.

Mr Jamnian and Mr Noppadol have been charged with possession of a Category 5 drug with intent to sell. Police did not clarify whether or not Mr Jamnian’s case would be dealt with through a military court or not.

“We will continue our investigation to figure out exactly where these leaves came from and how they were moved so easily into Patong,” Col Sutthichai said.