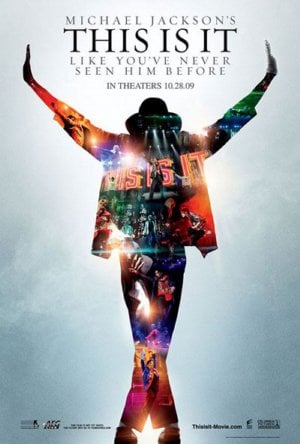 PHUKET: Despite the much anticipated worldwide release of Michal Jackson’s posthumous movie This Is It on October 28, fans in Phuket have been disappointed to learn that the movie is not currently being shown in Phuket cinemas.

The Gazette has learned that unlike cinemas in Bangkok, none of Phuket’s cinemas have the necessary projection equipment to show the movie in the digital format in which it has been predominantly distributed.

According to Gazette sources, there is a very limited number of celluloid copies of the movie being distributed around the world, meaning Michael Jackson fans hoping to watch the movie in Phuket cinemas will have to wait until a celluloid version arrives on the island.

The source could not confirm when a celluloid version of This Is It would be made available for showing in Phuket cinemas but said that everyone concerned was doing their best to bring the movie to Phuket audiences as soon as possible.

The movie is a rare, behind-the-scenes look at the performer, comprised from more than 100 hours of footage of rehearsals leading up to his sold-out concerts which were due to take place earlier this year in London’s O2 Arena.

According to the Associated Press (AP), This Is It debuted in more than 100 countries this week, grossing a worldwide total of more than US$20 million.