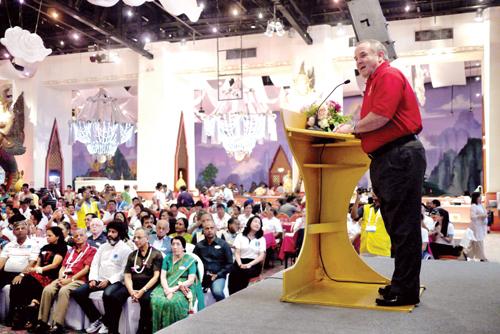 PHUKET TOWN: A motorcycle taxi driver was found dead in an abandoned cinema in Phuket Town yesterday after an apparent overdose on glue, police said.

Phuket City Police Duty Officer Somchai Nuboon was alerted to the grim discovery by a local resident at about 7:30pm yesterday.

At the scene, a bathroom on the first floor of the long-abandoned Nimit Cinema on Ong Sim Pai Road in Phuket Town, police found Mr Thianchai’s body slumped over on the ground.

Mr Thianchai was wearing his motorcycle taxi driver’s vest. Next to his body were three cans of glue.

Police believe the dead man probably regularly used the bathroom to take drugs because there was little chance of being disturbed. The cinema closed down more than 10 years ago.

Mr Thianchai probably sniffed too much glue and went into shock before dying, police believe.

His motorcycle was also found parked nearby.

Police say they will continue their inquiries until they establish with certainty the cause of Mr Thianchai’s death.