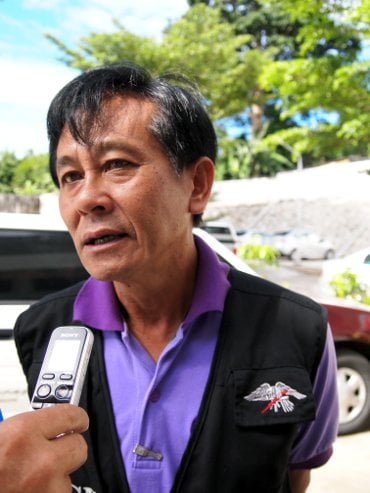 PHUKET: Police are concerned about a rise in the use of ya ice (crystal methamphetamine) in Phuket and nearby provinces, and say drug dealers are falsely touting the powerful stimulant as a skin whitening agent to lure in new users.

Pramote Phumprakun, superintendent of Narcotics Suppression Bureau Division (NSBD) precinct responsible for the Upper South, described the ya ice problem as “epidemic and continuing to grow” despite the best efforts of law enforcement officials.

“Even though we monitor all trafficking activities as closely as possible, it seems like their networks are becoming more complicated and difficult to trace,” said Pol Col Pramote.

Ya ice and ya bah (methamphetamine in pill form) continue to be the illegal narcotics in highest demand in the region, he said.

The proliferation of ya ice use is particularly pronounced among Phuket youths. Despite the lack of any medical research or scientific proof, they believe skin whitening is a positive side effect, he said.

“These drug traffickers are clever. They propagate these beliefs among youths, who accept it without proof. The only thing we can prove about ya ice is that it can [negatively] effect your physical and mental health,” he said.

“The sad part is that there are a lot of people falling for the trick, many of them first-time users,” he added.

The ongoing obsession for light skin among Thais, especially women, has no real equivalent in the West. It is continually reinforced in television commercials touting skin whitening creams, armpit-whitening deodorants and myriad other consumer products promoted by beautiful, light-complexioned models.

Pol Col Pramote said there are two main road routes used by traffickers to bring drugs into the South of Thailand, one of which is the Asian Highway 2 that runs from Bangkok all the way to Indonesia. Major coastal roads are also used to move narcotics into the region, he said.

“I have ordered Police Region 8 drug suppression units to carefully monitor those who travel along these roads. We hope we can eliminate the problem soon,” said.

Asked about rumors about a major methamphetamine production base located “somewhere in the middle of the ocean”, he said:

“We have intelligence about a drug production base that was moved to a site inthe middle of the Andaman Sea. I ordered a team of detectives to investigate, but we haven’t found anything yet. We will continue to investigate until we can find it,” he said.

In total, there were 259 people arrested in Phuket on drug charges including possession (161), consumption (41), possession with intent to sell (40) and sale (16). There was one arrest for smuggling reported.

Earlier police statements that ya ice was surpassing ya bah in popularity are now supported by crime statistics.

Almost twice as many people were arrested for possession of ya ice (60) than ya bah (33) in August 2011, while 11 people were charged with sale of ya ice compared to just two for sale of ya bah.

Sixty-four bags of ya ice weighing over 3.7 kilograms were seized during the month, compared 8,054 ya bah pills.

Pick up a copy of the October 8 issue of the Phuket Gazette for an in-depth report and interviews with local medical professionals and youths who use methamphetamines for weight loss and skin whitening.

Coffin’s out for the new Phuket cricket season!