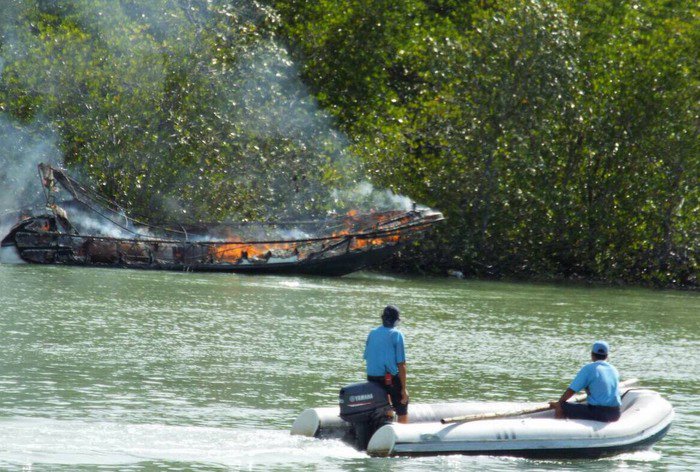 “[RPM staff used] on-site fire safety equipment, doused the blaze, assisted the speedboat staff off the boat and moved the burning boat away from the fuel dock, causing no further damage.”

Only two of the men injured were on the boat and employees of The Village Coconut Island Beach Resort Phuket, confirmed the resort’s director of sales and marketing, Tom Gordon. It remains unclear why the other three men injured in the incident were in the vicinity of the boat when it caught fire.

“There were no guests injured in the incident, as our policy is to never have customers on board when we are fueling. However, our thoughts and wishes go out to the one member of staff who is making a speedy recovery in hospital,” Mr Gordon told the Phuket Gazette this morning.