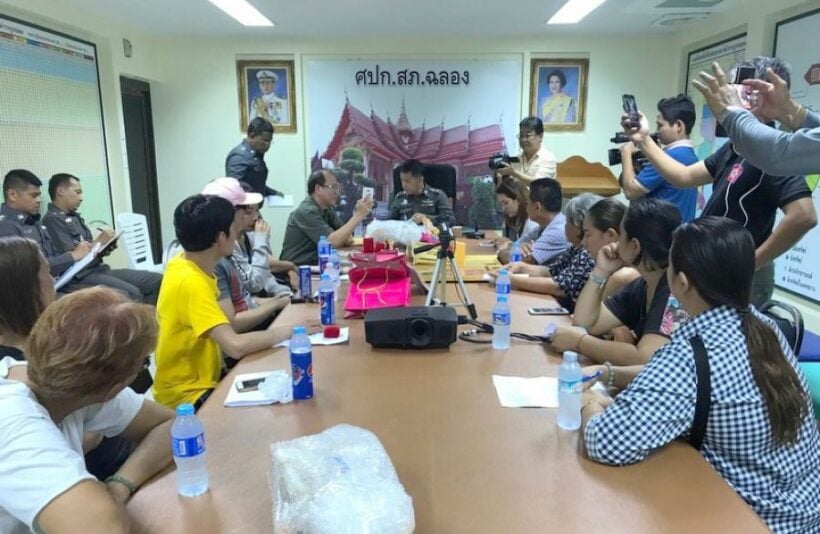 PHUKET: A group of 20 locals yesterday filed a complaint at Chalong Police Station, claiming they were cheated into buying religious amulets worth more than 100 million baht.

“They filed a complaint against Sumalee Lertwilai, claiming that they were cheated into investing in ‘magic’ amulets via Facebook,” said Col Vitoon Kongsutjai of Phuket Provincial Police.

According to a representative of the victims, Atchariya Rueangrattanapong, Ms Sumalee operated a Facebook page called ‘Pumpuy Apple Shop’.

“We were told that the the amulets were made of special wood imported from Myanmar worth hundreds of thousands of baht and were ‘infused with magic’ by famous magicians. She also claimed that those who used them would become rich. She used famous magicians’ names to promote the amulets, but we later learned that it was without their permission,” said Mr Atchairya.

“The amulet does not give the results promised. Many people have fallen victim to this scam. There are at least 30 more victims in Phuket. In total, we have lost about 100 million baht,” he added.

Col Vitoon informed other police stations to register the group’s complaints and said he will take action as per the Computer Crimes Act.

Phuket Lobster Festival to be held next month