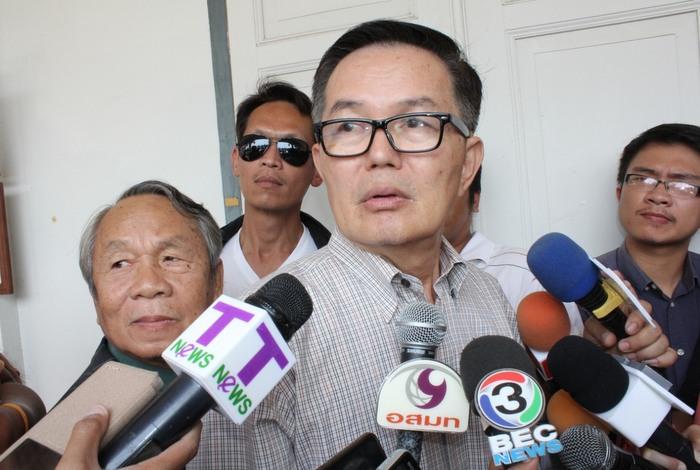 PHUKET: Exasperated by the never-ending battle over land ownership rights with the sea gypsy community in Rawai, some land owners involved have offered to sell their plots to the government in order to resolve the dispute.

Weerachai Tantiwattanawalop, who claims to own five rai of land currently occupied by the sea gypsies, said he and other land owners were planning on submitting a letter to Prime Minister Gen Prayut Chan-o-cha, asking the government to step in and buy their land, developing it as needed for the sea gypsy community.

Mr Weerachai refuted reports that the land owners were demanding the government pay 500 million baht for a total of 19 rai.

“There has been a misunderstanding about the proposed price of the land. It was initially our intention to develop the land by building a resort, which would have a total estimated value of 500mn baht once complete. However, if the government decides to buy our land, we will let them assess the value of the plots, and then we can talk about it,” said Mr Weerachai.

Another land owner involved in the dispute, Sathuen Mookdee, said he also hoped the government would buy his land.

“My land is next to the 19 rai belonging to Mr Weerachai and the other land owners. At this stage, we are so sick of fighting over our own land. I would have no problem moving elsewhere. I hope the government decides to buy our land and manage it in whatever way they think is best for the sea gypsies.”

Insistent on being the rightful owner of the land in question, Mr Weerachai said that the dispute had been going on so long that he just wanted to resolve it once and for all.

“I want people to understand that we did not steal this land from the sea gypsies. My ancestors were living here before they arrived. We have evidence in our hands. We have photos from decades ago, when we hired sea gypsies to pick coconuts for us,” said Mr Weerachai.

“I remember when there were less than 20 houses on the land. The old sea gypsies were kind and respected us because we let them live on our land and gave them work,” he said.

At a meeting with Phuket Governor Chamroen Tipayapongtada earlier this year, Mr Weerachai suggested that the government buy the land. However, Governor Chamroen did not make any promises, only saying he would look into it (story here).

“We just do not know what to do. One of our cousins has a house in the area and it has been plastered with faeces and used sanitary towels. They could not even live in the house. We filed a complaint with Chalong Police, but nothing has been done about it,” said Mr Weerachai.

“I doubt if the people there now are really sea gypsies. They are so mean, and you know, they have been supported by NGOs, which is wrong. Those villagers build their houses wherever they want. I have no idea how many houses they can build over night,” he said.

“We have been fighting for years. We are tired. We just want it to end,” said Mr Weerachai.