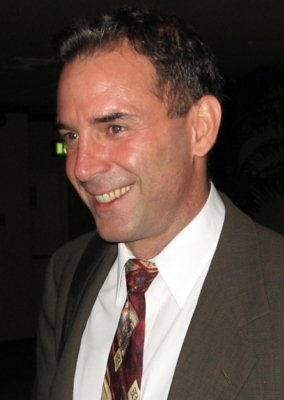 John, who also wrote a bi-monthly column on information technology issues for the Phuket Gazette, died after teaching his wife Autcharawan “Gay” Pratumwan how to swim at the Banyan Tree resort at Laguna Phuket.

“He was teaching me how to swim like a professional, because he had a personal trainer. He taught me for about 30 minutes, which is not long for him. Usually he swims for about one hour,” Khun Gay told the Gazette through tears this morning.

“He sat down and just passed out. I tried to help him, do CPR, everything… called the ambulance. The doctors tried to help for about three hours. Finally… had to let him go because his heart was not working anymore.”

Bangkok Hospital Phuket’s Canal Village Clinic, an emergency medical response center based at Laguna, responded to the call at 7:05 pm.

Mr Seebach was taken to Thalang Hospital, then transferred to Bangkok Hospital in Phuket City, where he was pronounced dead.

He had previously undergone heart surgery.