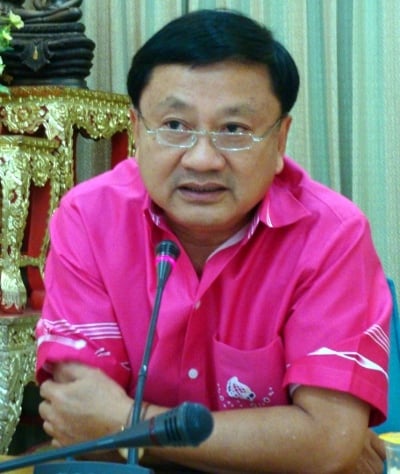 PHUKET: Phuket Governor Tri Augkaradacha has ordered all police units on the island to be on high alert following the arrests of three Iranians for the bomb blasts in Bangkok on Tuesday.

The move follows the police learning that at least one of the men involved in the Bangkok bombings had landed in Phuket before making his way to Bangkok, Gov Tri explained.

Gov Tri said that he had sent urgent requests to boost security on the island to the heads of all the major law enforcement agencies in Phuket, including the chief of the Phuket Airport Immigration office and the senior inspector at Phuket’s Special Branch (Santiban).

“I have asked the police to monitor the news and watch the situation closely, especially in high risk areas such as government offices, important people’s residences, offices of foreign companies, power utilities, tourist attractions and transportation terminals,” Gov Tri said.

“Any unusual activities are to reported to the police immediately,” he said.

“We are taking serious defensive measures. Phuket has always taken security concerns seriously, but after the bombs [exploded] in Bangkok I ordered the authorities to be even stricter in order to maintain tourists’ confidence in their safety,” Gov Tri said.

Police Commander Chonasit said he had assigned special teams to work with local police in order to boost the police presence in Phuket.

“After the bombs in Bangkok, I ordered police in every area of Phuket to be more alert for any suspicious incidents, especially in Soi Bangla [in Patong], which is central for foreign tourists,” he said.

“We also have a bomb squad on standby,” he added.

“Although Phuket has not been named as a risk area, we are being alert and cautious,” Maj Gen Chonasit said.