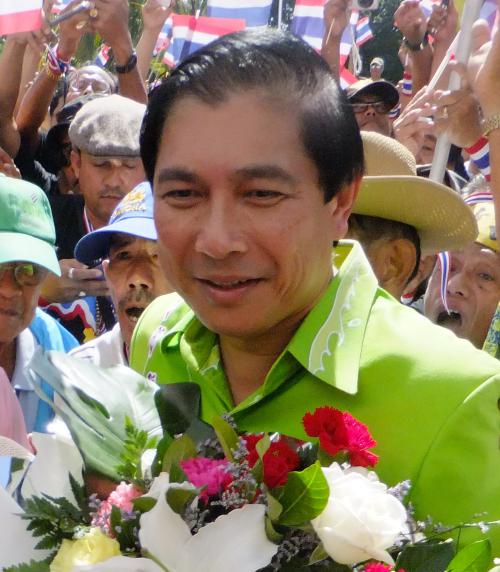 PHUKET: The main government offices in charge of keeping the island’s economy ticking over have reported no major disruptions to workflow despite the more than week-long closure of Provincial Hall.

Phuket Governor Maitri Inthusut agreed to close Provincial Hall on November 27, acquiescing to the firm request by thousands of anti-government protesters who rallied in front of the building (story here).

Two days later, however, Governor Maitri assured the public that everything was “business as usual”, as he was continuing his work outside the office.

“The main gate is closed and Provincial Hall is silent, just as the protesters requested, but I am still doing my job. My schedule has been reorganized to continue as usual, but outside the office,” he told the Phuket Gazette.

Somyos Lowchoo at the Phuket Land Office on Tuesday confirmed no disruptions at his workplace. “We send any applications or permits that need the governor’s approval to his official residence for him to sign,” Mr Somyos explained.

“We can confirm there are no delays for processing any documents for projects because of the protests,” he added.

Usanee Sirikul at the Department of Business Development (DBD) office in Phuket Town confirmed her building had closed temporarily due to a small protest, but as of Tuesday staff were back to work at their stations.

“Our office was closed on Monday afternoon because of a protest, but we all came to work on Tuesday by entering the building through the back door. Any delays due to the closure have been cleared already,” she said.

Any documents or permits requiring the governor’s signature were sent to his official residence for approval, Ms Usanee said.