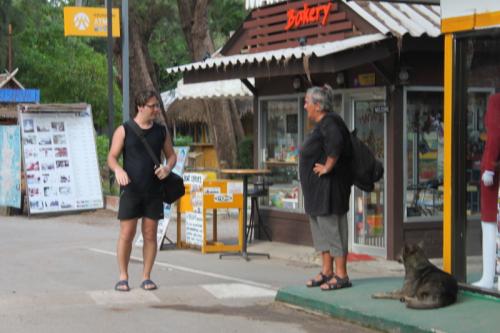 PHUKET: Phuket will hold its annual full-scale tsunami evacuation and marine rescue drill at Karon Beach on February 21, but the tsunami warning messages will not be played in Russian, the Phuket Gazette was told today.

“The Ministry of Interior requires the six Andaman provinces in the tsunami hazard zone to hold a tsunami evacuation and marine rescue drill at least once a year,” Phuket Vice Governor Chamroen Tipayapongtada explained.

“Karon Beach was chosen for the drill because it is a popular tourist destination in Phuket,” he added.

The drill will be held in two stages, at 9:30am and 1pm, in order to test different emergency response teams and their response times.

To announce the drill, the normal tsunami warning and cancellation messages will be played, San Jantharawong, chief of the local Department of Disaster Prevention and Mitigation, confirmed to the Phuket Gazette.

But the messages will not be broadcast in Russian.

The lack of Russian language messages has raised serious concerns among many of Phuket’s leading tourism figures as Russia is now the second-largest source market for tourists visiting Phuket (story here).

To prevent confusion similar to that which followed the tsunami scare on April 11 last year, when the warning towers along the Andaman seaboard sounded the alarm to evacuate, officers will tomorrow begin erecting signs in Thai and English to announce the drill, Mr San said.

“I talked with Karon Municipality today, asking them to help announce the drill to local residents and tourists in the area. We will also post signs and have sound trucks announcing it in Thai and English,” he added.

Referring to the 8.0 magnitude earthquake that struck east of the Solomon Islands this morning, Bancha Singsa of the National Disaster Warning Center (NDWC) in Bangkok said, “That quake was 7,700km from Phuket, too far to have had an effect on us.”

However, Mr Bancha said, “We don’t know when a tsunami might strike Thailand again; that’s why the regular practice of tsunami evacuation is needed.”

The earthquake that struck the Solomon Islands triggered a tsunami warning issued across the Pacific (story here).

One dead, one injured in Phuket construction landslide