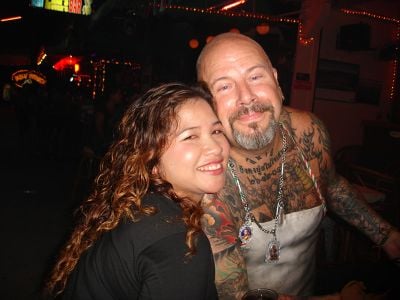 PHUKET CITY: Thanks to a strong response from Phuket’s expat community, accident victim Steve Swan has more than enough blood for his scheduled surgery today, his friends say.

Mr Swan, an American who runs the Crow’s Nest bar and tattoo parlor on Soi Seadragon in Patong, suffered fractures of his left leg, hip and pelvis after being hit by a car on the hairpin turn on Patak Road in Rawai last Friday.

Fortunately, appeals for donations of the O-negative blood needed resulted in 11 units being donated by yesterday afternoon.

Doctors earlier said it would take eight units to ensure a safe procedure.

While O-negative blood is fairly common among Caucasians, it is found in less than 0.5% of Asians, Mr Kenny said.

To meet the need for rare blood types in the local blood bank at Vachira Hosptial, Phuket International Hospital maintains a master list of potential blood donors on Phuket.

The list is shared with all major medical practitioners on the island.

Foreigners who don’t know their blood type can find out free of charge at Phuket International Hospital, Mr Kenny added.