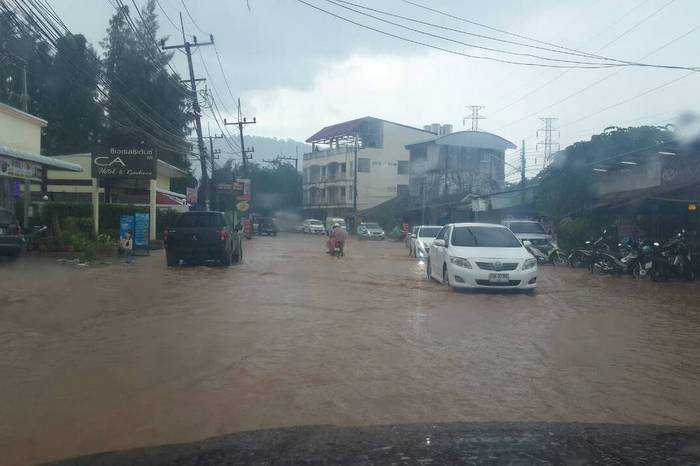 “The flood continued for more than an hour, but drained away by about 2:30pm,” Wirat Sinthuwong, chief of the Department of Disaster Prevention and Mitigation (DDPM) for Rassada Municipality, told the Phuket Gazette.

The DDPM is using pumps to remove water from the area, he added.

“Even though no special flood warning has been issued, I have ordered our staff to be prepared in case there are more heavy downpours,” Mr Wirat explained.

Acting chief of DDPM-Phuket Weera Amnuayporn said he had not been informed of the flooding.

“We have no plans to issue a flood warning at this time,” he stated.

Boat operators ordered to move away from Phuket Navy base, or face jail time