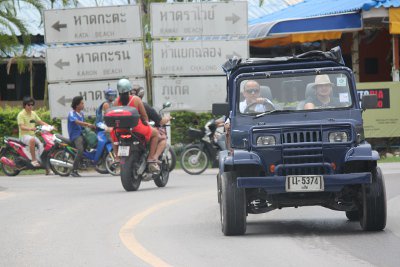 An officer at the Phuket Tourist Rescue Center who responded to the emergency call told the Phuket Gazette he was notified of the accident at 5:30am yesterday.

Mr Gradolato suffered a serious head injury when his motorbike collided with the large road sign at the Y-junction of Saiyuan Road and Patak Road near his restaurant.

Mr Gradolato was not wearing a helmet at the time of the accident and alcohol may have been involved, the rescue officer said.

However, Mr Gradolato succumbed to his injuries at about 6:50pm last night, hospital staff confirmed.

His relatives have been notified and were making arrangements to claim his body from the hospital today, the hospital officer said.