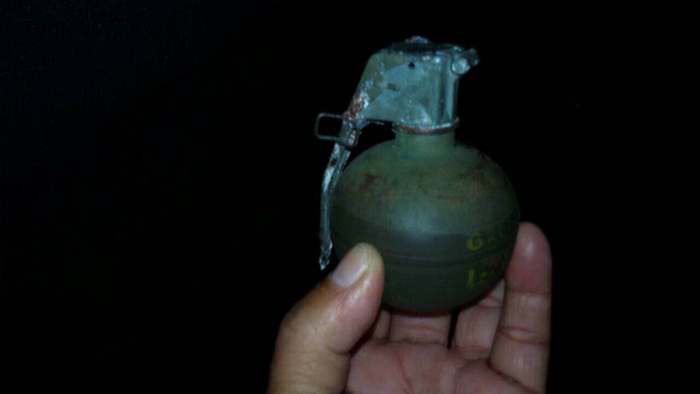 PHUKET: Three people were charged for the possession of a M65 grenade following their return from ‘clearing up’ a debt problem at a karaoke in Srisoonthorn.

Officers searched the vehicle after flagging it as suspicious when it approached a checkpoint just south of Tesco Thalang at about 1:30am yesterday.

“The vehicle suddenly slowed down before reaching the checkpoint, which seemed odd,” explained Lt Col Prasan Towon of the Thalang Police. “While searching the car, we found the grenade. However, none of the people in the car claimed to own it.”

“Since none of them stepped forward as the owner of the explosive device, all three were charged,” Col Prasan said.

They were charged with the illegal possession of a weapon of war.